Carnival 2021 in Cologne: All about Fastelovend | Cologne Tourism

+++ Coronavirus: For carnival activities, the requirements of infection protection already laid down in the Corona Protection Ordinance apply, so that especially carnival balls, carnival parades, party formats and sociable carnival events may not take place without observing the distance offer. Smaller carnival cultural events are permitted, such as concerts that meet the generally applicable requirements of the Corona Protection Ordinance as well as the hygiene concepts.

Carnival removals will not be possible. Other events in the outdoor session must be designed to comply with the requirements of the Corona Protection Ordinance and will therefore differ in their basic features from the events of the last sessions. In the event of any new information, it will be published here.

Current information on the situation in Cologne due to efforts to contain COVID-19 can be found here: Corona in Cologne. +++

Carnival, which is also known in Cologne as “Fastelovend”, is celebrated mainly during the period between New Year’s Day and Ash Wednesday. But in Cologne the beginning of the new Carnival session is already celebrated on the 11th day of the 11th month at precisely 11:11 a.m. On a big stage in the traditional city centre, the session’s designated triumvirate (the Carnival rulers — the Prince, the Peasant and the Maiden), still wearing their civilian clothes, present themselves to the public for the first time. After that, Carnival generally stays in the background until the New Year’s Eve balls.

The climax of Carnival in Cologne is the six-day street carnival known as the “Crazy Days”. From Weiberfastnacht, the women’s Carnival on the Thursday before Rosenmontag (Carnival Monday), to Veilchendienstag (Carnival Tuesday), there is no end of traditional sessions, balls and parades. People celebrate, sing and dance in the halls, pubs and restaurants. During these six days, normal life is suspended throughout Cologne. Many public institutions are closed, and Prince Carnival rules.

Get your ticket now (In German)

Everything you need (In German) 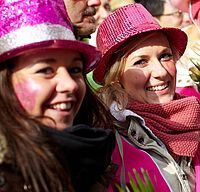 Early in the morning, the streets fill up with Carnival fools in costumes. At exactly 11:11 a.m., the street Carnival is officially opened by the mayor of Cologne and Cologne's Carnival triumvirate. 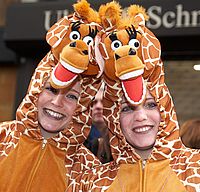 This day is actually a day of rest. Nonetheless, you may still see “survivors” of Weiberfastnacht here and there, and numerous sessions and balls take place in the evening. 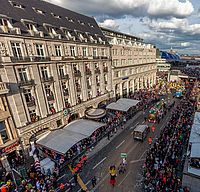 After a Carnival brunch with Kölsch beer, there is a performance at the bivouac of the Carnival societies with a military tradition at the Neumarkt. 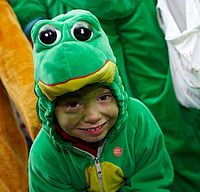 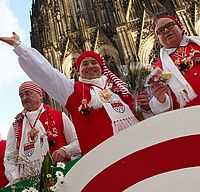 The high point of the session is the big parade on Rose Monday. The floats begin to parade through the city at 10 a.m. Participants blow kisses to the costumed crowds lining the parade route. 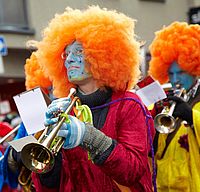 At noon there are parades with groups of costumed revellers in the suburbs. After that, the celebrations go on until midnight, when the straw figure called the “Nubbel” is buried or burned. 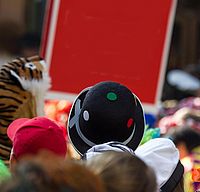 On the morning, Catholics go to church to receive a cross of ashes on their foreheads as a sign of repentance. That evening, the year's Carnival season is traditionally concluded at a fish dinner.

Impressions of the Cologne Carnival

Accommodation options for every taste

Be it by air, rail, road, or water - many ways lead to Cologne

Explore Cologne with a group. Benefit from our diversified tours

Discover Cologne inexpensively and conveniently with the KölnCard